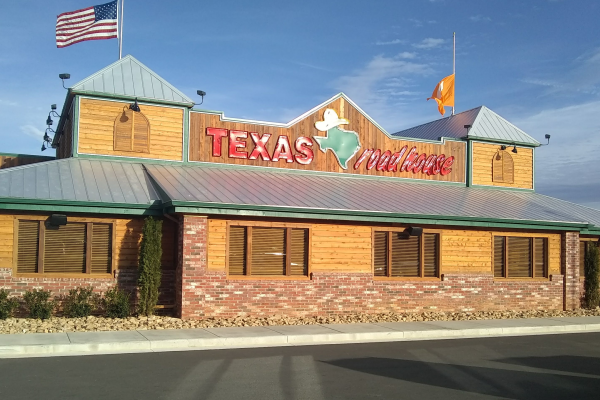 CENTRAL PARTNERS WITH TEXAS ROADHOUSE TO RAISE MONEY FOR SKILLSUSA -- Texas Roadhouse allowed Central to receive ten percent in proceeds given that night.

Central High School’s SkillsUSA club was able to participate in the Texas Roadhouse outreach program hosted on December 10. Parents as well as students were encouraged to go and dine-in on what the restaurant had to offer. Ten percent of the proceeds gathered that night were donated to the school’s club.

Senior Alexis Massengale who works at Texas Roadhouse suggested this to SkillsUSA instructor, Keith Bright, who agreed to participate in right away.

“I do work there and I suggested this [fundraiser] to Mr. Bright. We have never done anything like this, so we hoped to do well,” clarified Massengale.

It is a good way to raise money by just encouraging people to go out and eat without doing much else, so Bright was glad that a business like Texas Roadhouse would try and help Central.

“They offer an outreach program to schools and other public events. Our club president, Alexis Massengale, is a hostess there,” explained Bright.

They were projected to make at least two hundred dollars, so they are glad to have been able to experience this type of business with Texas Roadhouse. This is the second fundraiser they have held this year, the first being the D’Lite Suckers sales in the fall, which was also very successful.

Big businesses like this have already helped Central out this school year, this includes Pizza Hut and Papa Johns. The amount of money received from them has immensely helped each club and sport that participates in each fundraiser. Little effort is needed, other than promoting each company to people in the community who can go out and buy food for a cause.