TV, Cell, Web: Could You Give Any Up? 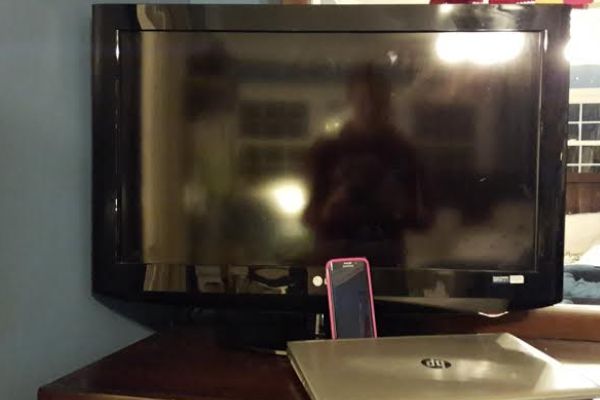 TV, WEB, CELL, WHICH COULD YOU GIVE UP? -- TV, web, and cell have become everyday objects in our daily lives. Which one would you give up?

With television, the Internet, and cell phones, it is no wonder that this generation is known for being as technologically advanced as we are. In the past decade, many new opportunities for people to connect and use these electronics have become a part of our daily lives. But would people ever be willing to give one of these up?

The Reader’s Digest magazine took a poll spanning 15 countries to see which of the following people would give up first: TV, cell phone, or the Internet. 11 of these countries said overall that “they’d turn off the TV before they’d silence their cell phone or log off the Internet.” The results also showed that younger respondents were more likely to give up television while the older generations prefer it over the Internet. The study also found that women are more likely to forego their favorite shows than men.

“I work 50-plus hours a week, and the programs I watch on TV are free on the Web,” expressed Paula Kress, a participant from Marietta, Georgia.

One benefit of the Internet and cell phones is that they allow us to connect to people all over the world. Unfortunately, TV does not have this feature, which may be why it is given up so easily.

“I’m not much for sitting in front of a screen, but I need the Internet to keep up with friends and family,” stated Hanna Larner-Svenson, a participant in the study from London, England.

However, Sabine Britten from Schorndorf, Germany, had a different opinion.

“Actually, I don’t want to be reachable at every moment,” she shared.

To get more “at home” results, the thought-provoking question was taken to the halls of Central.

“[I would give up] my phone because I enjoy the Internet and my TV shows more than I value my phone,” said freshman Larissa Ryabchuk.

“[I would give up] Internet because I was raised on TV and didn’t ever experience the Internet [until] I was older, so the Internet has less value to me,” shared Charles Eaton, a junior here at Central.

Out of 15 interviewed Central students, there were 12 students who said they would dump TV before disconnecting their phone service or Internet connection. Based on most responses, this is because cell phones and the Internet are more versatile and useful. Unfortunately for the TV industry, their output is no longer as important to the average person as it used to be. Luckily, most people do not have to actually give up these technologies and we won’t have to worry about losing any of them anytime soon.