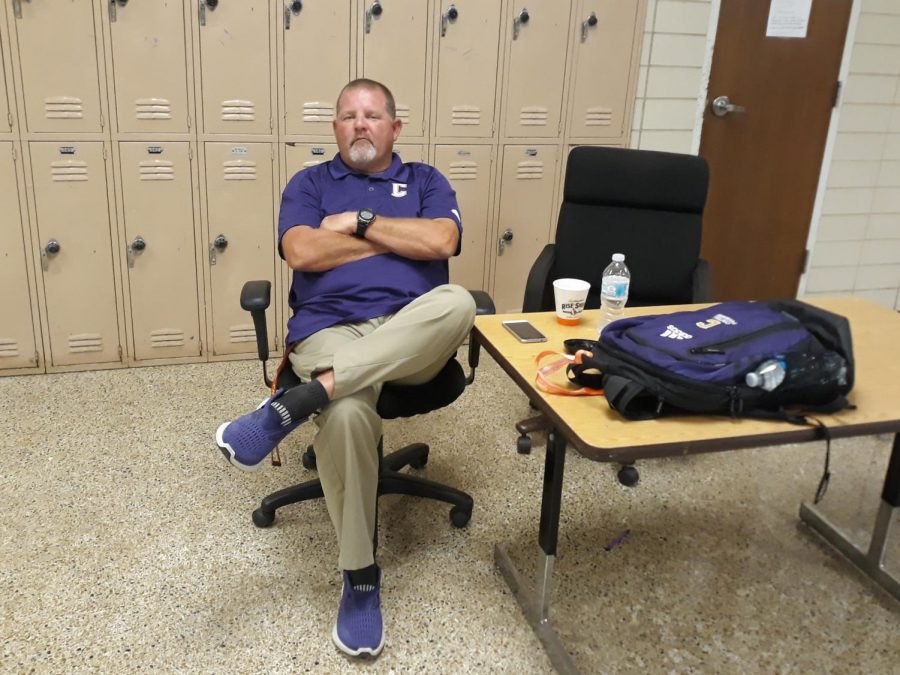 COACH CURT JONES SAVES DROWNING CHILD -- Curt Jones recounts how he saved a boy from drowning at a beach in Florida.

In the past, the stereotypical archetype of a hero was often someone with inhuman capabilities. However, in modern times, the definition of a hero has changed and assimilated over time. The qualifications for being one are a lot more noble and realistic in today’s society. A hero could range from a war veteran that saved hundreds of troops to a close neighbor that held a fundraiser to support one in need. Thanks to his quick thinking and reaction time, Central High’s very own football coach, Curt Jones, saved the life of a drowning child over the summer.

It was just an ordinary day for Jones and his family. They were just relaxing on vacation before the incident occurred.

“It was 8:30 or 9:00 in the morning down at Panama City Beach. My family and I were setting up the tent for our first day at the beach,” said Jones

Jones went on to explain how the he ended up saving the boy’s life that day.

“There were double red flags at the beach that day, meaning you are not allowed to enter the water. However, a seven year old boy was running in and out of the water when he shouldn’t have. He went out too far and riptide pulled in. That is when I went offshore to save him,” said Jones.

After saving another person’s life, it would be understandable for both individuals to feel overwhelmed.

Jones was glad that he was able to keep the child out of further danger, hoping that someone would be willing to assist his children if they are in the same situation.

“I was a little bit shocked after saving him because it took a minute for everything that just happened to set in. I was still recovering from all the salt water I swallowed from the event,” explained Jones. “When everything calmed down, I realized that I did it because I would want someone to do the same for my kid.”

As he was helping the child, Jones got to meet the boy’s father, who was relieved that he acted promptly.

“The mom at the time was busy taking care of her infant, so we never got to speak. Yet, the father helped rescue his son as I got the boy closer to shore,” stated Jones.

One should try to keep a keen eye out for any dangerous situations that someone may encounter. If possible, one should do their best to get the other person to safety, or contact the appropriate emergency services. Praise should not motivate one to rescue others, the genuine concern for the well-being of human life should bring one to action.