Served as staff writer and later adviser of The Central Digest 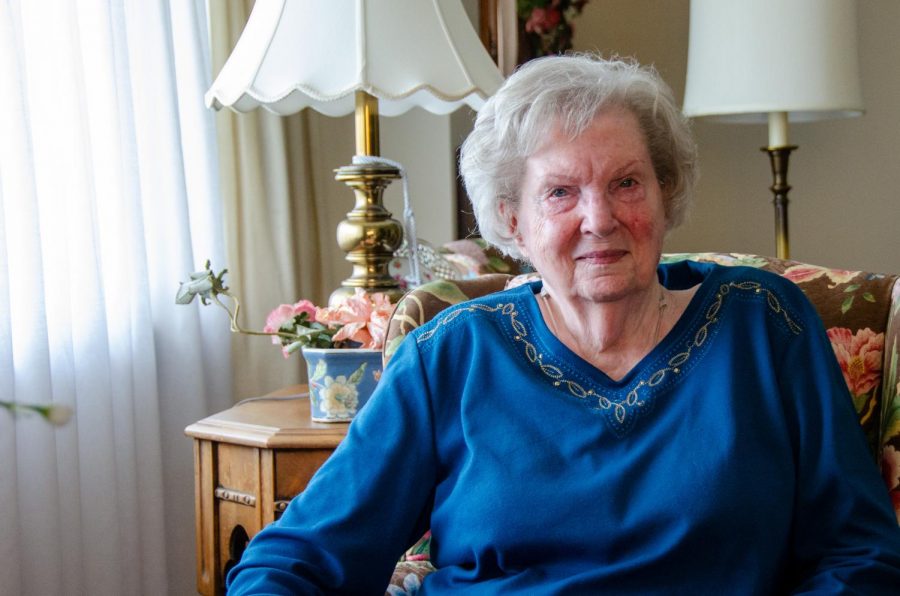 When Ogle was a student at Central High School, she was on the staff of the Central Digest and graduated in 1945.  She expressed that her original hope was to become a nurse, but her plans changed and she went to school to become a teacher.

After high school, Ogle went to Milligan College, outside of Johnson City, for two years and then transferred to East Tennessee State University (ETSU) because of the teacher training program offered there.  After earning her Bachelor’s degree at ETSU, she earned her Master’s degree at the University of Tennessee at Chattanooga (UTC).

After completing her education, she was hired at Central as an English Language Arts teacher. In her third year of teaching, the principal asked her to be the advisor for the Central Digest and take over the Journalism program (which was only available for Juniors and Seniors at the time), for she had taken journalism courses in college. Ogle changed the Journalism I course and created a Journalism II course, sending off the material to the state to be approved.

“It took a lot of study and preparation and a bit of trial and error to get through that,” explained Ogle.

While Ogle was the Digest sponsor for many years, she also took on several other roles.  She initiated Advanced Placement (AP) classes for English, so students could earn early college credit. Ogle also served as the Senior Class Sponsor.

“Miss Ogle, gave me a harder time than any teacher. I didn’t understand at the time, but, as life revealed itself over the years, I realized she did it because she cared. I still strive every day to be a better writer. I couldn’t have had a better teacher,” expressed a Central Alumni from the Class of 1982, Terri White, on Facebook.

Ogle was on staff at Central when the school moved from its original location on Dodds Avenue to its current location on Highway 58.  Some teachers were given an opportunity to help out in the design process of the new building.  She was able to have input on the journalism room and was on the committee to design the library.

“We had a voice, just not in major designs,” explained Ogle.

After 32 years of teaching at Central, Marjorie Ogle retired. In 2016, she was honored as she entered the Distinguished Alumni Hall of Fame. That year, she had the opportunity to speak to students on Senior Day, and she returned the class change bell that was previously given to her by the assistant principal.  The bell was used when the power was out at the old Central location; an administrator would stand in the rotunda and the sound would resonate throughout all the halls. The assistant principal gave her the bell when the school moved locations, and Ogle planned to give the bell to her niece.

“I learned that there was something like a museum in the library, so I talked to my niece and we decided it needed to go back to Central,” stated Ogle.

In her retirement, Ogle was able to get more involved in her church.  She took leadership roles in Sunday School and the Women’s Missionary Society.

“I was not able to do much at church while I was teaching because it took all my time and energy to teach, lead the department, do all the senior activities, and any other thing the principal asked me to do,” expressed Ogle.

The beloved teacher celebrated her 93rd birthday February 9, 2020.  She received a stack of approximately 45 birthday cards, as well as many birthday wishes on Facebook.

Ogle explained:”It was like they came out of the woodwork.”

Recently, it has become very evident that Ms. Ogle was well-loved.

“It’s just been an exciting time and it just makes my memories of Central be refreshed after so long being out of school,” concluded Marjorie Ogle with a smile.