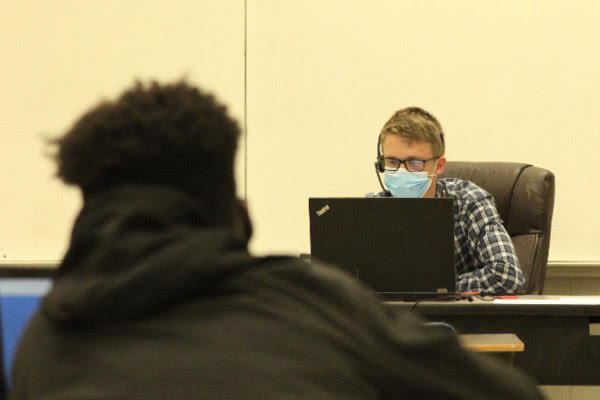 For the 2020-2021 year, several additions have been made to Central’s staff, further emphasizing a year of new procedures and practices. One of these new inclusions is Samuel Jones, who is joining the math department as an algebra teacher.

Jones graduated from Bryan College last spring with a degree in Math Education. This will be his first year teaching. Before college, he was home-schooled by his mother for primary and secondary education.

When asked about his home-schooling, Jones vocalized his fondness of the route of learning. “I really appreciated being [home-schooled] because I was motivated to learn and push myself,” he declared. “I was able to plan when I did my schoolwork which gave me the flexibility during the day.”

Jones himself is excited to be an aid to these students. He enjoys working with students and hopes to give them the guidance they need to succeed. He noted that the students are what makes a career in teaching so great. Plus, Jones is already making a great impression on such students.

“Compared to other teachers, there’s a lot of conversation and jokes between him and the students,” said Freshman Ewan Goodwin.

Additionally, Jones is helping coach the Central boys’ soccer team this year. He attributed this role to his enjoyment of soccer as he grew up. He also mentioned rock climbing as one of his hobbies, which he specified is mostly done outside as opposed to indoor gyms.

When asked about any memorable teaching moments, Jones admitted that he doesn’t have any yet, but he hopes that changes by the end of the school year.