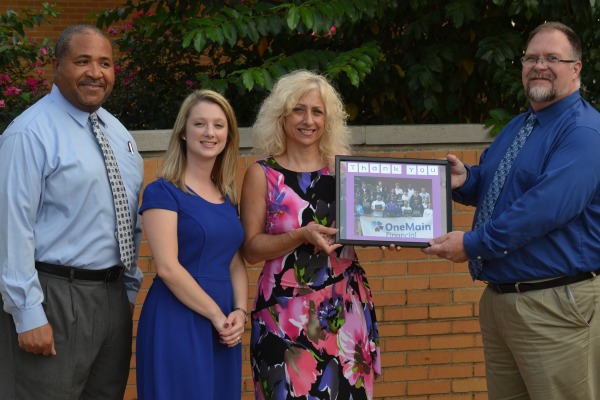 A part of Central’s tradition is the selection of a class dedicatory. Each year, seniors vote for a staff member who has demonstrated at least ten years of exemplary service for students and faculty alike. For the class of 2021, the voting results revealed Brielle Farrow as the class dedicatory.

“I was super excited and shocked at the same time when I heard the announcement,” Farrow shared. “It is such an honor to me to be chosen as dedicatory because I know all of the great people chosen before me, and they are an outstanding group. I was excited to tell my husband and family.”

The announcement of Farrow’s selection also pleased biology teacher Christina Cotreau. “My initial reaction to Mrs. Farrow being elected dedicatory was ‘it’s about time!’ ” she stated. “I am overjoyed for her. She is an incredible teacher and a fantastic academic coach.”

Cotreau went on to applaud Farrow’s efficiency as a teacher: “Mrs. Farrow handles her work with a quiet grace that has always impressed me… [she] is an incredible organizer, so orchestrating school wide events like testing are well suited for her talents… I know that she is called on a great deal when people need something done well because they know she will do a fabulous job.”

Farrow began her time at Central in high school; she started in 2001 and graduated in 2005. Farrow then returned in 2009 to serve as a chemistry teacher. In 2018, she was promoted to a role as the school’s instructional coach, providing help in developing both students’ and teachers’ roles in the classroom.

Now, she looks back with contentedness and pride. “When I returned to Central after graduating college, I loved being a chemistry teacher,” she mentioned. “I have really enjoyed running into my former chemistry students who like to reminisce. The students and staff at Central have always been amazing! Working as the instructional coach now, I am able to work with all students and teachers at Central which is fun and keeps me very busy. I can’t imagine what my life would’ve been like the past 19 years without my Central family.”

When asked about her favorite thing about Central, she spoke of her honor to serve a school with rich history and tradition, adding that her current goal is “to give back to the school and community just as they have given to [her].”

When students get the chance to listen to Farrow’s dedicatory speech, they will be able to witness the payoff for 19 years of commitment and effort towards Central High School.