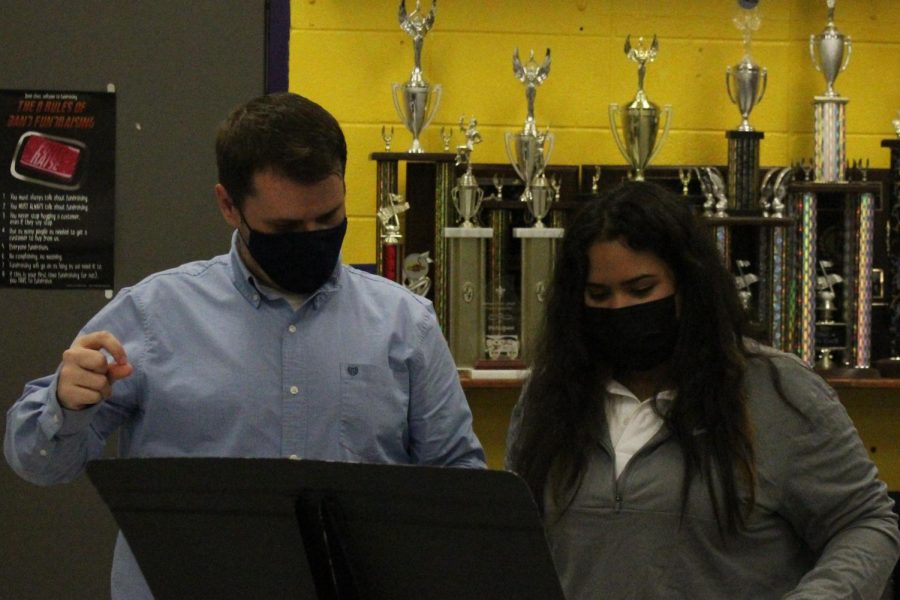 The new school year not only brought excitement for the students being back in school, but also for the several new teachers we’ve welcomed this year as well. Among these newcomers is the new Band Director, Joshua Singleton.

Singleton has been teaching band for 4 years.  He previously taught in South Georgia near Augusta for two years before moving to Chattanooga where he taught at East Hamilton Middle for a year. Singleton is a graduate of Clayton State University where he graduated with a Bachelor’s Degree in Music Education. He later earned a Master’s Degree in Music Education from Auburn University.

“I am very excited to be here at Central High School! The Central community has been very welcoming and helpful during my transition to a new school. The students here have a lot of potential and have been amazing so far!” expressed Singleton.

Singleton’s high school experience was one of opportunity, where he learned the value of an education and hard work,   and he hopes to offer students these same opportunities and present them with fun and educational opportunities in music.

“My high school band director inspired me to become a teacher.  He was a very genuine, hard-working person that wanted the best for his students,” explained Singleton.

Singleton is currently directing band classes as well as leading the marching band where he enjoys getting to observe a student’s improvement throughout the semester. To be successful in his class Singleton recommends that students come into his class ready to work, celebrate their accomplishments, and always be respectful.

“I’m really happy to have Mr. Singleton as a band teacher. I think he’ll do a lot to the band program,” expressed junior Riley Hayden.

As the year progresses, students and teachers alike are excited to see where Singleton takes the Central Sound of Chattanooga.

Readers may see the latest updates on the Central Sound of Chattanooga on the home page of the Central Digest.