A Tough Week for the Lady Pounders 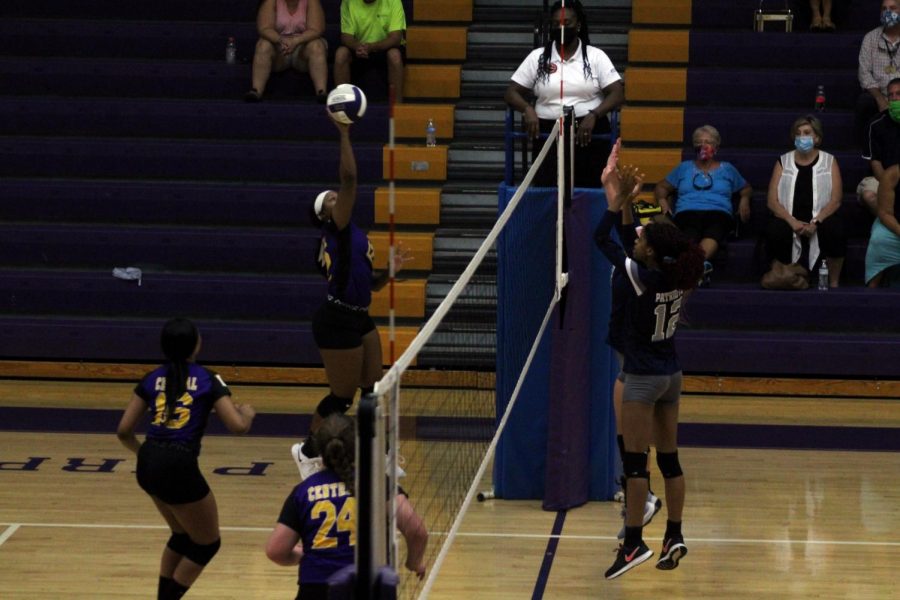 The Lady Pounders kicked off their second week of regular season play on Monday, August 24. They played on their home court against the Chattanooga School for the Arts and Sciences.

The Lady Pounders looked to keep up the high energy from their last game, a huge district win against East Ridge, but the girls fell short. They were defeated 25-17 in the first set in spite of great plays from both Junior Alona Allen and Senior TaNiya Crowder. The next set was plagued by mishits and communication problems; the score of the second set was 25-18, ultimately resulting in a 0-2 loss for the Lady Pounders.

The next day, Central went on the road to Hamilton Heights, home of the Chattanooga Lady Patriots. They suffered a nail biting loss that stretched into 3 sets. The Lady Pounders were bested in the first set by a score of 19-25. In the next set, Central came back and put up 25 to the Lady Patriot’s 20, which forced the game into an extra set. The Lady Pounders fought hard but were defeated 11-15.

On Thursday, they traveled to East Hamilton Middle High School to battle the tough district opponent, the Lady Hurricanes. Central was defeated in the first two sets, but that did not stop them from battling back to win the 3rd. The marathon game lasted almost two hours, but in the end, the Lady Pounders were defeated 3 sets to 1.

Even though Central did not add to the win column during these past three games, the Lady Pounders are still positive and ready for the next matches.

“We have responded well and improved from these last few games,” Alona Allen shares. “We just keep going up.”

Sophomore Hannah O’Kelley is confident the team can recover as well.

“We’ve definitely had our moments… but we really pushed through.” added O’ Kelley.

On Monday, August 31, the Lady Pounders will play at home against the Red Bank Lady Lions. They will then travel on to Lookout Valley to battle it out with the Yellow-jackets. To finish up the week, Central will have an away game versus their district rival, the Hixson Lady Wildcats.