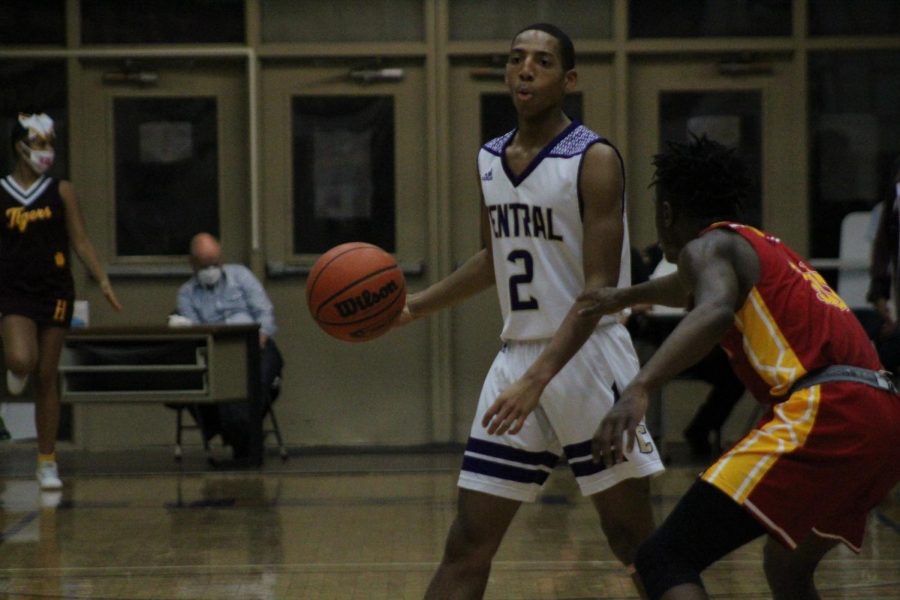 With only three weeks remaining in the 2020-21 season, the boys’ basketball team (3-6) sought to finish the season on a high note.

On Monday, January 25, the Pounders traveled to East Ridge High School to duke it out with the Pioneers, a district rival. The Pounders struggled to find their groove in the beginning, but as the game progressed, the Pounders got back on track. In the end, Central squeaked out a win with a final score of 65-64.

When asked what the win meant to the team, Senior Jailon Jackson explained, “…it gave us a better look in the district tournament.”

The following day, the Pounders returned home to face the Brainerd Panthers. Both teams started off slow, resulting in a defense-heavy competition. The Pounders made a few costly blunders late in the game, costing them the win. The Panthers edged out the Pounders by a narrow three point margin; the final score was 48-45.

“We definitely could have played a lot harder than we did,” Jailon Jackson revealed.

After a day of rest, the Pounders went back on the road to compete against the Red Bank Lions on Thursday, January 28. After the heartbreaking loss against Brainerd, the Pounders were hoping to get back in sync. However, the Pounders could never find their rhythm, resulting in a win for the Lions. The final score was 61-40.

After sporadic offensive and defensive play, Coach Kantonio Davis is preaching how important consistency is to the team heading into the district tournament.

“The big word that we are using right now is ‘consistency.’ We have to consistently be ready to compete every time we hit the court,” Davis detailed.

On Tuesday, February 2, the Pounders hosted the Red Bank Lions. After the previous week’s loss, the Pounders looked to get revenge against the Lions. The game started off well for Central, and they held the lead most for of the game. Central’s luck turned when, with four seconds to go, Red Bank’s Ryan Barber completed all three of his free throws, leaving the Lions with a one-point advantage. Central was not able to score with their scarce time left; the game ended with the Lions on top, 49-48.