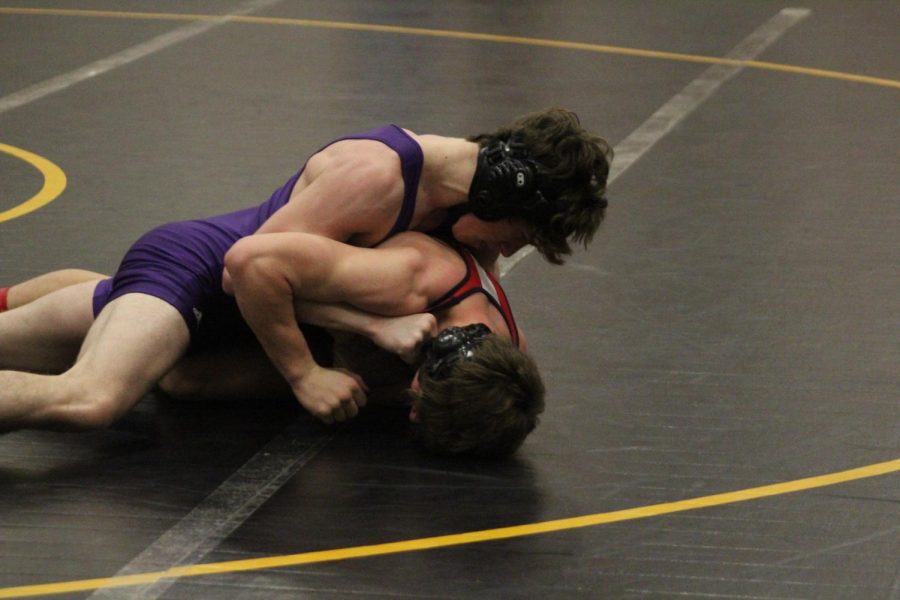 “Kasan wrestled probably better than he has all year. He was really aggressive on his feet,” said Coach Mallory.

Both Jesse Fowler and Cameron Hook placed third in their respective weight classes.

Recently, the boys have struggled but with the region, sectional, and state tournament approaching, the All-Area Championship really showed what a few of our boys are capable of.

On February 1, the Boys Wrestling team traveled to Rhea County High School for a dual against Sale Creek and Rhea County.

“Rhea County is a very well-coached and physical team. This is one of those where we went in and were able to see areas where we were severely lacking. Technique-wise, no, I wouldn’t say they were much better than us but they were very physical. They’ve been around a while and they’re well trained,” explained Massengale.

As a team, the boys did not win, but there were a few individuals that picked up personal wins.

Randall Gray (182) won by pin and Jesse Fowler(145) by points at the end of the third period, beat their opponents from Rhea County.

This was a monumental win for the wrestling program. Both the boys and girls beat each school they faced off with that night.

The matches against Howard were intense. The last match, Marquis Parson’s match against Ty`Shawn Powell, was a tie-breaker match. The team score was 28-28, but Marquis pulled through for his teammates and they went home, as a team, undefeated.

As for the girls, Nevaeh LaFevor and Madelyn Little both picked up their first wins of the season.

Overall, The Howard School showed what the wrestling team as a whole can accomplish- this all just in time for the final three tournaments of the season: Regionals, Sectionals, and State.

Readers can view the latest sports updates on the sports center page. This is where schedules, scores, and rosters will be posted. The Digest will continue to bring the latest coverage and updates as the 2022 season progresses.