Central’s Wrestling Team Looks Back on This Season’s Achievements 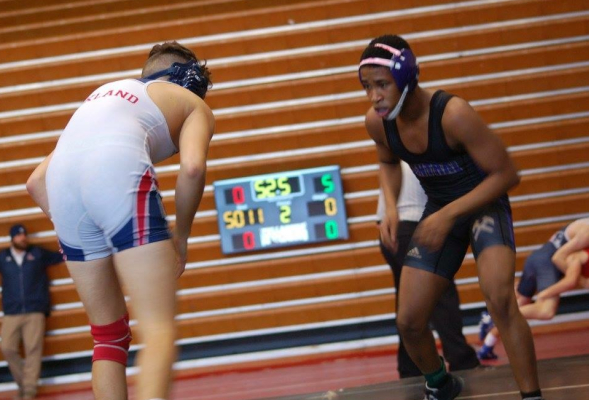 CENTRAL'S WRESTLING TEAM LOOKS BACK ON THIS SEASON'S ACHIEVEMENTS -- The school's wrestling team has ended it's season on a good note.

As this year’s wresting season comes to a close, our players take this time to reflect on their overall performance. Central’s wrestlers have practiced vigorously in preparation for each and every match so that they may fulfill their goal of putting forth optimum effort.

“My goals for the season were to increase the number of wrestlers on the team, to put a competitive line-up on the mat, and to create an environment that kids want to be a part of,” wrestling coach Ryan Mallory revealed.

The team previously had matches against Tyner, Polk County, and Brainerd High schools, but just last week they competed against several opposing schools. Among them are Alcoa, Sale Creek, Hixon, and Greenback. Central left all these matches victorious with the exception of Hixon and Alcoa.

“All of the aforementioned schools are region teams,” Mallory explained. “We will finish second in our dual region. Our top wrestlers are in line for seeds come the region tournament.”

One team member who has stood out in particular is Haiden Dill, who holds the highest record of points; 20-6. Dill has made a huge impact on this season by scoring a total of 130 points for the team.

Aside from the milestones that they are hoping to achieve collectively, there are a lot of individual goals that the wrestlers have set for themselves. Players Haiden Dill, Aaron Smith, and Charles Jones are aiming to become state medalists, while others, such as Donavyn Walker, Jack Neely, and Jacob Wright, wish to qualify for the state tournament. Newer players, like Isaiah DeLorenzo, on the other hand want to get the hang of the sport and improve in general.

However, throughout all of their wins and losses, our wrestling team has consistently shown one trait in particular: growth.

“A wrestler who has surprised us is Jacob Wright,” recounted Mallory, “We feel like he has a chance to win every time out.”

Wright’s current score is eight to eleven, which means that he is three matches away from the .500 winning percentage.

The wrestling team’s most recent and final event took place last Saturday at the Murray Invitational.