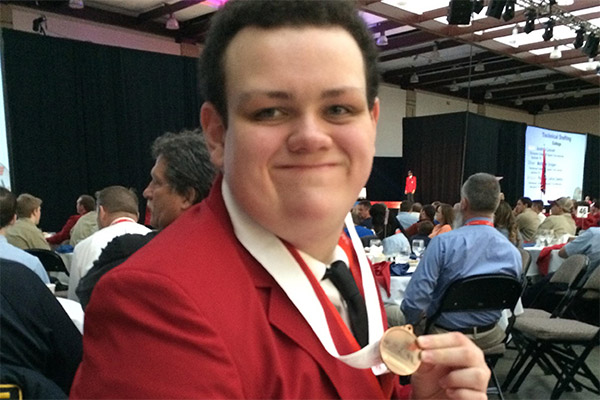 The Skills USA team embarked on a trip lasting from Sunday, March 18, to Wednesday, March 21. Their destination was a state-wide competition featuring high schools from all counties in Tennessee, and was held at the Chattanooga Convention Center. Of the 37 students in Skills USA, only the officers, competitors, and some observers were brought onto the field trip. This amounted to 14 students competing in 14 different categories.

A few of the categories the Skills USA students entered were Engineering Design, Principles of Engineering, Engineering Jobs Demos A and B, Architectural Drafting, Promotional Bulletin Board, Job Interview, and Criminal Justice. As this school year is swiftly coming to a close, this was the last competition of the 2017-2018 year for the club. However, they will be participating in the Skills USA National Competition held in June.

“We probably did the worst in our eight year history as far as medal count,” Mr. Bright, the advisor of SkillsUSA, commented, “But we had a great time competing.”

The only team this year to earn any medals was the Engineering Design team, who took home a bronze medal for their project. The members of the team were Joshua Young, a senior, Patrick Quinn, a sophomore, and James Ortiz, also a sophomore. The team created a robot intended for use in construction sites or industrial facilities. The robot would drive around equipped with an electromagnet to pick up objects such as screws and nails, and contained a camera for security purposes.

Another member and officer of Skills USA who competed, was Junior Sam Reels. Reels competed in the Job Interview category in which she would choose a job that she would qualify the most for based on her previous work experience, and then participate in a mock interview. Having previously worked with CDC students, Reels applied for the position of a CDC educator. She brought her resume and completed the application for the job and the next day she was interviewed for the position.

“I loved the experience I had competing at [the state competition]. It was great practice for a life skill everyone will have to go through,” Reels commented.

Unfortunately, this competition was difficult due to the students’ overall belief that their projects could be completed in a shorter time than needed and their lack of preparation. Hopefully, however, this has been a wake up call for the members of Skills USA, and next time they will prepare sooner and more efficiently to excel in future competitions.