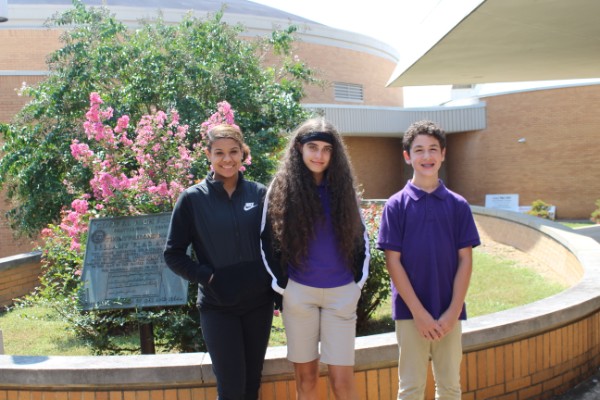 Central recently held its annual class elections for the 2019-2020 school year; upperclassmen voted for their representatives on August 30, while the underclassmen held theirs on September 6 in the gym. Candidates went up to present their speeches in front of a sea of new and old faces. As a freshman, adjusting to new surroundings may be hard, but these students managed to get up in front of their classmates to present their ideas.

Makayla Billips received the title of president, running against two other candidates. Raven Francois was voted as vice president and the secretary position was awarded to Carson Simms, both running against one other opponent. They all met the standards for candidacy and were eager to get the majority of votes from their peers.

“I wanted to be involved and I wanted other people to get involved too, so I felt like I could encourage them,” explained President Billips.

The elected officers are no strangers to each other; they all were promoted from Brown Middle School. They hope to continue to get to know each other as they work together to make their first year of high school memorable.

As of now, they are working on coming up with ideas to better suit the freshmen class. They have listened to their peers and will continue to do so throughout the school year to get an even better idea of how they can better the year.

Francois has mentioned that she wants to discuss any ideas or complaints that arise with the administration.

“I know people who thought that the headphone policy wasn’t right and that we should be able to listen to music if we’re struggling in class and can’t concentrate. I would like to try and get that arranged, [since] I know some kids struggle to stay concentrated,” said Vice President Francois. “I plan to address it with administration.”

“I want to do more dress down days [since] that was part of my speech,” added Secretary Simms.

Billips, Francois, and Simms hope to lead their peers to success during their first year as high school students. They will continue to listen to ideas and advocate for change regarding what they feel is necessary for a great year.