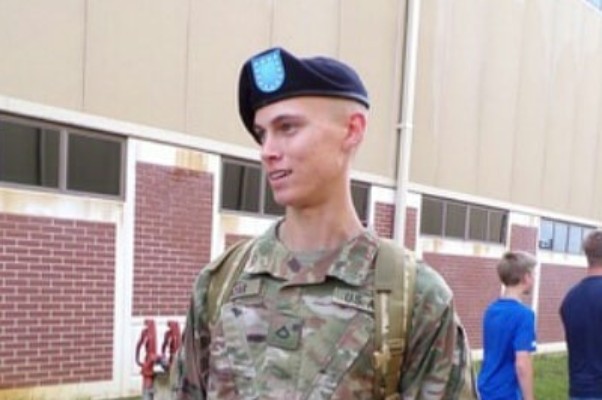 The training lasted for ten weeks; the first week mainly consisted of reception. Reception is where recruits complete all of their paperwork, get issued their equipment, and receive all of their immunizations. They also get certified identifications and an Army approved haircut. After reception ends, the recruits get to start training.

“The training is separated into red, white, and blue phases,” explained Salazar. “ [The] red phase [includes] getting adjusted to everything. It is usually the roughest one with the most exercise. Also, since you are new, you mess up a lot. In the white phase, you learn to shoot. [The] blue phase puts everything together that you have learned.”

In training, one is expected to be able to endure rigorous exercises and drills in preparation for actual combat. Adjusting to such a different environment with very specific expectations and requirements can seem daunting to some.

“The first week or two are always the worst, so I pretty much mentally prepared for it as best I could,” revealed Salazar. “The drill sergeants yelled at all of us over the slightest mistake, so it was a little stressful.”

Whenever an error was made, recruits were required to exercise as a punishment. Although the workouts assigned were very intense, the drills were the difficulty that Salazar expected them to be.

“Honestly, I feel like anyone who is in half decent shape could handle [Basic Combat Training]. They just have to want it enough,” said Salazar.

One aspect of training that Salazar was particularly fond of was land navigation. Recruits were sent out into the woods with the essentials: water, a map, a compass, and a protractor.

Salazar shared that the main reason he decided to join the military was the benefits that accompany the service. When one joins the military, there are several options for financial support for school such as military tuition assistance, the GI Bill, scholarships, and other educational benefits that may help pay for any education after graduation.

“I feel like there were not enough academic opportunities being provided to me, so joining the Army seemed like the best way to ensure my success. The Army has great benefits, and people respect the military,” concluded Salazar.