The Class of 2020 Mr. Central Nominees Show their Spirit 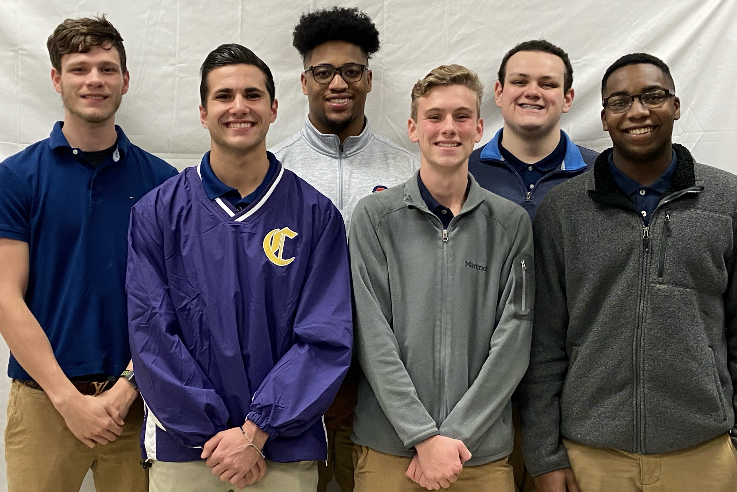 Being a Pounder at Central is more than just going through the motions for four years and graduating. It means participating in the school’s traditions and events, helping out other students, and leaving a good impression on the community after graduating. This is what the student body looked for when nominating one of Central’s highest honors of Mister and Miss Central.

During the nomination process, the senior student body nominates their top twelve choices for who should be on the court. The six Mr. Central nominees for the Class of 2020 are James Ortiz, Malcolm Tutton, Jordan Hudson, Andrew Merriweather, Cedric Williams, and Patrick Quinn.

Ortiz expressed his opinion on what it means to be a student here at Central. He explained how he would be happy with whoever wins the nomination, because he believes everyone is deserving of it.

“Being nominated for Mr. Central is certainly one of the greatest honors I’ve been bestowed this school year. Knowing that so many people appreciate me for who I am is one of the best feelings in the world, and I’m glad to have their support. All of the other nominees are more than deserving of the position as well, and I will be ecstatic for whosoever may win,” James Ortiz said.

Merriweather shared his gratitude towards the student body for nominating him. He felt honored that he has the opportunity to represent Central.

“To me, the nomination means that the student body believes that I have represented what being a Pounder means, and I am grateful that my efforts have showed that,” Andrew Merriweather revealed.

Hudson gave listed reasons why he should be nominated as Mr.Central. He expanded on how he is a very active member in the community who participates in numerous events.

“I believe that I am a good candidate for Mr.Central because I am a caring, loving, and charming person. I am involved in several teams and activities, such as the Youth Leadership of Chattanooga and the Christian Council Youth Ministry. I am also involved in the JROTC Drill, Academic, and Sabre teams. I am also the JROTC Color Guard Captain. I am involved in the National Beta Club and President of the National Honors Society,” Jordan Hudson stated.

Quinn also mentioned several qualifications that helped him earn the nomination. He mentioned his academic and social achievements and how he plans on representing the school in a good light.

“I’m hard working and have been an honors student all the fours years I’ve been here. I was also voted Most Courteous by my peers. I am a captain of the soccer team and feel as though I am the right person to represent our great school,” Quinn said.

Students and staff are proud of all the nominees and cannot wait to see who is officially awarded the title.