Singleton Looking for New Members to Build Back the Band 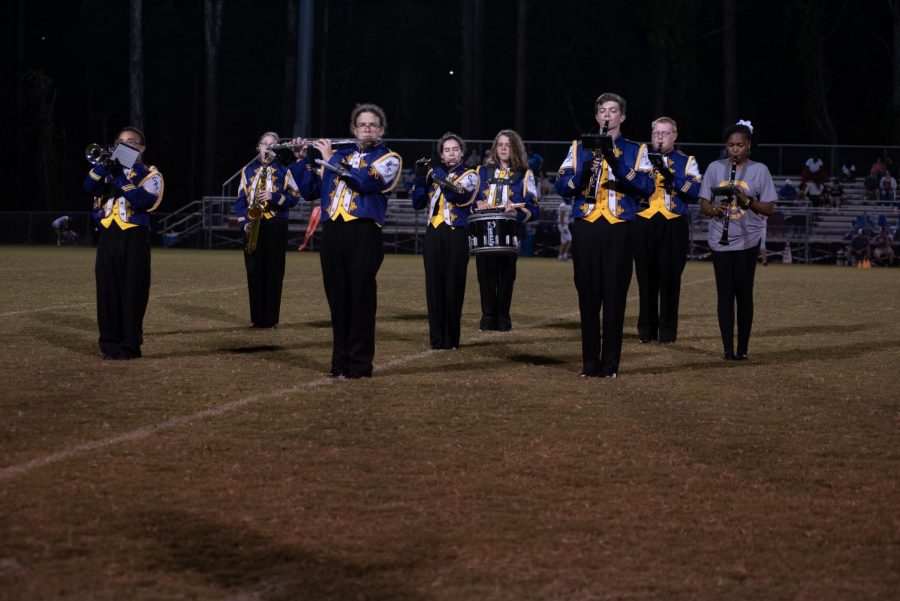 “John Williams is a very popular music composer for movies and tv, and he was the guy that wrote the music for Harry Potter and the students seemed to really enjoy the movies and the theme, and I just thought there was a lot of creative material that we could use on the field during half-time to draw the audience into our show,” stated Joshua Singleton.

The band had a few minor setbacks, as they were supposed to perform at Central’s first game but were not ready. There are always challenges that must be conquered in order to get the performance ready. In this case, there were many challenges due to the size of the central band, and lack of participation in general.

“Our band this year is pretty small, so we faced some challenges with assigning people the correct parts to play, we’ve had to rewrite some parts to fill in some holes in the music…We just need more people to join the band,” replied Joshua Singleton when asked about challenges the band suffered during preparation.

Along with the preparation being difficult, the performance can present its own challenges. Junior and band member, Erickson FriazCruz, expressed the difficulty of this performance compared to past performances.

Although there were challenges that came up during the preparation of the performance, the show was a success and was enjoyable for the audience to watch but and for the band to play.

“The favorite part of the half-time show is the very beginning where we make a circle on the field and we spin around, a flute solo is playing the opening Harry Potter theme, It’s really kind of a mysterious way to open the show and it creates a lot of interest,” Stated Joshua Singleton.

The audience seemed to thoroughly enjoy the halftime performance.  Singlegton, along with the band enjoyed the theme of Harry Potter and plan to have other enjoyable themes for future football seasons as our Pounders continue to dominate their opponents.