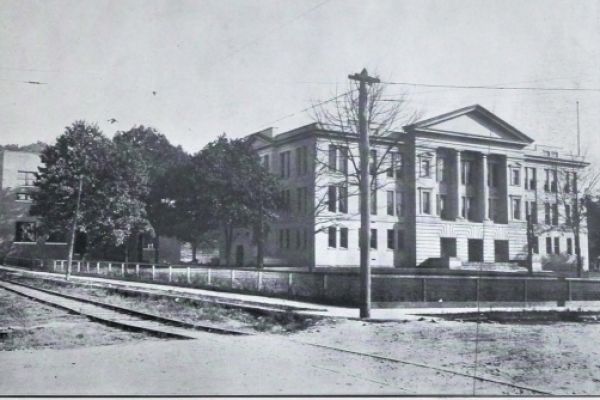 CENTRAL HIGH SCHOOL -- The prestigious school sat along Dodds Avenue in downtown Chattanooga. This photo was published among the first edition of The Digest. (Preservation of Chattanooga Central History)

CENTRAL HIGH SCHOOL -- The prestigious school sat along Dodds Avenue in downtown Chattanooga. This photo was published among the first edition of The Digest.

The following article contains summaries of articles from past issues of The Central Digest.

Looking Back: Volume 1 of the Central Digest Launches 107 Years Ago

CENTRAL HIGH SCHOOL -- The prestigious school sat along Dodds Avenue in downtown Chattanooga. This photo was published among the first edition of The Digest.

The Central Digest, full of courage and enthusiasm, makes its bow to the public, in general, and to the prep-school world of Tennessee. Its mission is to set forth, not alone the scenic grandeur of beautiful and picturesque Chattanooga but also her strategic position which destines her to become still more a leading manufacturing and wealth-producing city of the South, and to foster the hearts of all young people into whose hands The Central Digest may fall a desire for culture and refinement, a love for school-life and home-life which, as the years of youth glide into manhood’s estate, will permeate with its warmth and spirit the larger life of the Republic.

Dr. Forest Spencer and Paul Elmore of Central debated against Carol Patterson and Earlow Kerr of McCallie about the question, “Resolved, That suffrage should be extended to women in Tennessee.” McCallie championed the negative and were named victorious from a two to one verdict, with Drs. Bierly, Lee and Gorrell of the University in favor. Central was well-represented in the affirmative side of the question.

EXTRACTS FROM THE CENTRAL DICTIONARY

Pony — A  beast of burden used by students when traveling in unexplored lands.

Junior — One who knows it all and wishes to teaches the faculty.

Quiz — A means of torture employed by Mr. Anderson.

Senior — One who has ridden safely through in the race for a sheepskin.

Freshman — One who knows not, and knows not that he knows not.

Central played its first home football game of the season against the Mooney School team of Harriman, Tennessee. With a final score of 23-0, each team missed easy plays. It was noted, however, that the individuality of the Central boys were not able to be sufficiently judged by the spectators.

The Caroline E. Richmond Junior Civic League, with a membership of 198, was organized at Central High School May 16, 1910. Its object, as set forth by the constitution is, “to promote cleanliness, beauty, law, and order everywhere.”

Looking Back: Site Across from Memorial Hospital Considered for New 1952 Central Building 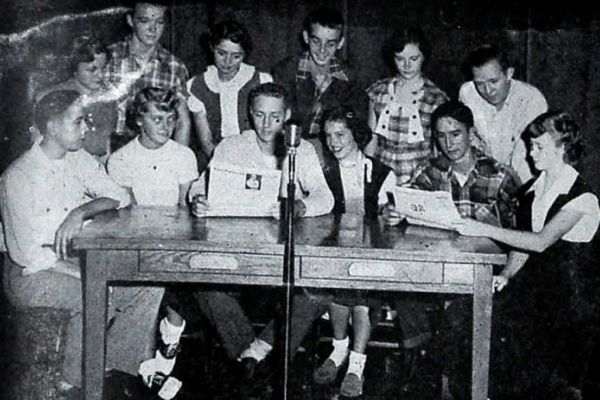 Around 120 members of Central’s faculty, along with their families, enjoyed an afternoon picnic at the Lake Shores Club on Chickamauga Lake. Teachers were offered a variety of entertainment, including, but not limited to, square dancing, swimming, and bridge. Mr. and Mrs. Brainerd Cooper, members of the club, also offered faculty a ride across the lake in their family sail boat. Attendees were severed food straight from the Central cafeteria, prepared by Mrs. Nagel and furnished by the school finance committee.

HOMECOMING QUEEN CORONATION TO BE HELD AT CHAMBERLAIN FIELD

The class of 1952-1953 selected four candidates for homecoming queen: Pat Armstrong, Nadine Tate, Carol Norrell, and Dot Wood. One of the four ladies would be coronated at the football game against Flaget High School.

Nearly 50 seniors have registered with Mrs. A. G. Skates for a sight-seeing tour to be made in the early spring of Washington, D.C., and Annapolis, Maryland. Among the list of destinations is the United States Capitol Building, the Bureau of Engraving and Printing, and the Library of Congress. The trip will last several days, with students leaving (by train) at 12:20 on that Sunday and returning to Chattanooga the following Thursday at 5:20 p.m. The total cost per person is only $55.35, which includes costs of meals, lodging, sight-seeing, and railroad fare.

An 18 acre tract of land across from Memorial Hospital is being considered as a location to replace the 1906 Central High building. Government officials originally planned to build a new veteran’s hospital, but the idea was abandoned. Judge Thrasher was concerned that the $250,000 allocated for the stadium project would not do the job. Plans were to name the new stadium, Hamilton County Memorial Stadium and to be used by all county high schools, with Central in charge.

New equipment has been recently purchased for the use of the school. Included in the additions are one new movie projector, a tape recorder, a combination radio, and a record player that plays ten and twelve inch records. In additionally, the library boasted of 144 available filmstrips.

Looking Back: Mystery, Romance, and Fun Prevail in 1957 Senior Christmas Play, ‘Are you Mr. Butterworth?’ 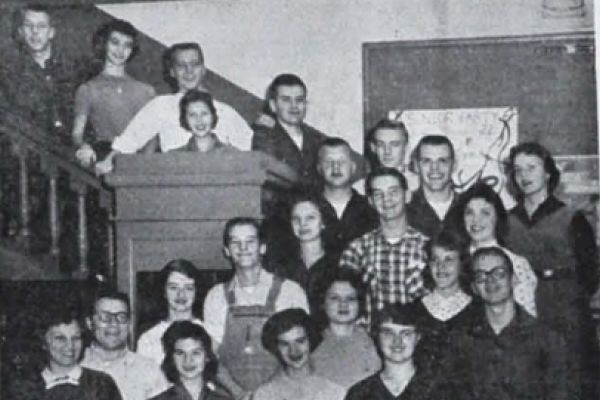 Central was invited to play football in the annual Meninak Bowl hosted Jacksonville, Florida. 35 students had the opportunity to join the group for a cost of $16 which includes transportation and hotel expenses. Students stayed in the George Washington Hotel, one of Jacksonville’s finest. After leaving school on Thursday, the bus will return on Sunday morning, accompanied by Mr. and Mrs. K. W. John as chaperons.

SENIORS STAR IN PLAY, “ARE YOU MR. BUTTERWORTH?”

The senior class (’58) presented a three-act mystery-comedy entitled, “Are You Mr. Butterworth?” beginning at 8 p.m. The play is centered around Mr. Butterworth, a guest in the Empire Hotel, who has gone missing along with some jewelry. Scenes are set around the coffee shop and hotel lobby where romance, mystery, and fun are all combined. Students were able to star as detectives, desk clerks, and even show girls. By the end of the performance, the audience found out what really happened to the jewelry, who married who, and the status of Mr. Butterworth.