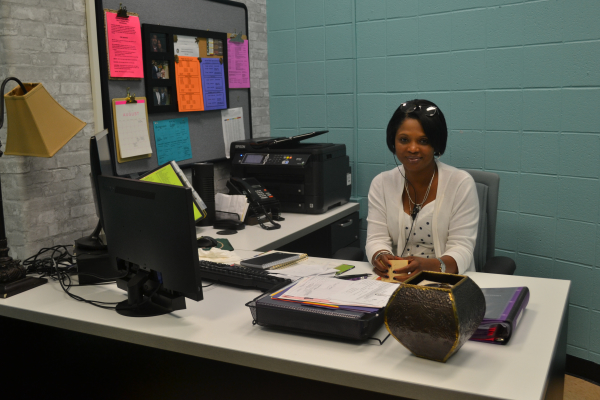 TEACHER SPOTLIGHT: NEW ASSISTANT PRINCIPAL MICHELLE COCHRAN TAKES ON A NEW ROLE IN EDUCATION -- Mrs. Cochran is taking on a new role in the education field. Going from teacher to assistant principal, Cochran is excited for a new start.

As the new school year begins, we recognize some familiar faces, but we also see some new ones. New students, teachers, as well as a new principal are being welcomed into the school.

“There’s not much of difference from being a teacher to an assistant principal. It’s somewhat the same, except it’s dealing with more students. Not just that, but its also teaching students success and more responsibilities,” Cochran explained.

Cochran earned her high school diploma from her alma mater in Memphis, Tennessee, where she lived before moving to Chattanooga. She earned her B.S in Business Administration and Masters of Education at UTC. From there, she went on to teach at Orchard Knob Middle School and Brown Middle School as a math coach, and now as Assistant Principal here at Central.

“My inspirations for becoming a teacher include my fourth grade teacher, Mrs.Smith. She really had me buckle down as a student, as well as Mrs. Kelley whom helped me enjoy math,” vocalized Cochran.

Students who had Cochran as a teacher in previous years are glad to see her again and believe that she was a wonderful teacher.

“Mrs. Cochran was a great teacher. I learned so much in her class, my first year in middle school,” stated sophomore Jaheim Williams.

“She was a cool teacher, she was funny and I learned a lot with her,” commented sophomore Troy Williams.

Cochran enjoyed education while she was in school and sees it as a priority.

“I was an honors student,” she revealed, “I enjoyed school. It was important in my parent’s household, for us to get an education,” Mrs. Cochran elucidated.

When she is not at school Mrs. Cochran likes to “hang-out” with her two grand dogs and she also enjoys shopping along with reading.

“Around here it was education is with expectation,” Cochran concluded.