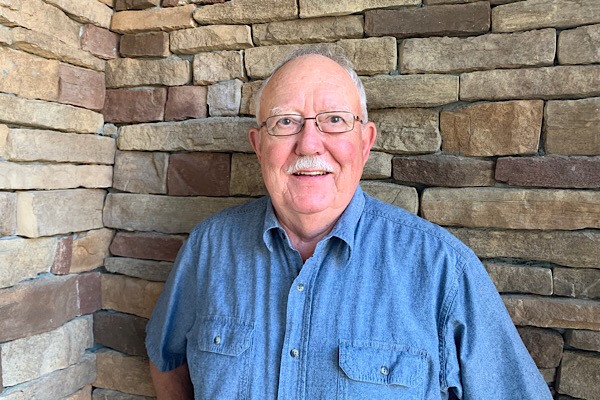 ALUMNI SPOTLIGHT: HARVARD GRADUATE RICHARD "RICKY" COOKE ('62) CONTINUES TO EXHIBIT VALOR AND SUPPORTIVENESS -- Ricky Cooke’s consistent involvement in Central’s extracurricular activities has helped prepare him to serve his own country and be accepted into one of the nation’s most prestigious colleges, Harvard University. (Donated to the Central Digest)

ALUMNI SPOTLIGHT: HARVARD GRADUATE RICHARD "RICKY" COOKE ('62) CONTINUES TO EXHIBIT VALOR AND SUPPORTIVENESS -- Ricky Cooke’s consistent involvement in Central’s extracurricular activities has helped prepare him to serve his own country and be accepted into one of the nation’s most prestigious colleges, Harvard University.

Those who have fond memories of high school are usually students who were actively participating in extracurricular activities on campus. Central has had many alumni who have received many opportunities to do what they enjoy after graduating high school; this includes Class of 1962 Alumnus Richard Cooke.

Cooke took part in the school’s student council, the Key Club, where he was secretary, and the Senate, where he was vice-president. He also participated in ROTC as a battalion commander and even wrote for the Central Digest. Cooke also served as a guard in the football team.

“During a year off between my sophomore and junior year, I worked for the News-Free Press as a reporter. My work on the Central Digest recommended me for that job,” said Richard Cooke.

His favorite subjects included English, chemistry, and algebra. The educators he had throughout his high school career shaped these subjects into some of his most memorable classes, so much that he decided to earn a major in English.

“My favorite teachers were J. Arlie Hoodenpyl and J. Pope Dyer, both who were real characters,” stated Cooke.

During his senior year, Cooke was recruited to attend one of the nation’s most prestigious universities in the country, Harvard University.

“Early in my senior year, a couple of other seniors and I were called into a meeting with a college recruiter, this one from Harvard. He was recruiting because Harvard was over-applied from cities like New York and Boston; they wanted geographical diversity in their student body,” he explained, “I was accepted and majored in English.”

He attended Harvard where he partook in their ROTC program. The Vietnam War was still going on at the time, so after graduating, Cooke went on to serve his country.

“At Harvard, I was in ROTC and went into the Army upon graduation during the Vietnam era, but fortunately, did not have to go in-country,” he revealed. “While I was in the service, I was in a play where I met the young lady who was to become my wife of 51 years.”

After serving his time in the Army, Cooke started to work in different areas that required him to connect citizens with the business he was promoting. He started out with the Coca-Cola Company and moved on to work for an insurance company.

“When my tour of duty was completed, I went to work for the Coca-Cola Company in Atlanta as a communications specialist,” said Cooke. “A few years later, I entered the insurance industry, from which I retired several years ago,” he added.

Richard Cooke is also known as “Ricky,” a nickname given by his peers at Central, who he occasionally still meets with.

“Interestingly enough, a group of us from the class of ’62 who grew up east of Missionary Ridge maintain contact and get together occasionally, though we live in geographically diverse cities,” revealed Cooke.

Cooke exemplifies how being involved can help one stay better informed and create invaluable connections that can lead to the opportunity of a lifetime. Central’s supporters are anticipating the success of many other future graduates, hoping that students will follow Cooke’s example.