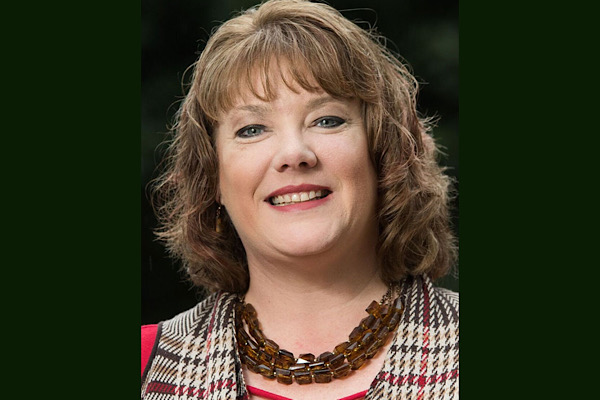 ALUMNI SPOTLIGHT: TONIA MARTIN (‘92) ASSISTS STUDENTS WITH COLLEGE ENROLLMENT THROUGH SOFTWARE DEVELOPMENT — Tonia Martin works as a college advisor at the University of Tennessee at Chattanooga, creating software that assists prospective students with enrollment into the university. (Donated to the Central Digest)

ALUMNI SPOTLIGHT: TONIA MARTIN (‘92) ASSISTS STUDENTS WITH COLLEGE ENROLLMENT THROUGH SOFTWARE DEVELOPMENT — Tonia Martin works as a college advisor at the University of Tennessee at Chattanooga, creating software that assists prospective students with enrollment into the university.

Over the years, Central High School has seen many students graduate. Many of these graduates have gone on to do things that have helped so many people. This is no exception with Central Graduate Tonia Martin.

Having graduated in 1992, Mrs. Martin worked hard and studied diligently to keep her grades high. As a result of her hard work and achievement in high school, during her junior and senior year, she was part of the student council, Beta Club, and the National Honor Society.

Through a person’s high school experience, they will always have a favorite teacher and subject that will often influence what they want to pursue later in life. For Mrs. Martin, her favorite course was the computer class and its teacher, Mrs. Nelms.

Along with educating students, Central High School tries to keep students’ interest, and some of Mrs. Martin’s favorite events were the school dances.

“There were three to four dances a year that the Student Council sponsored, and I remember having a lot of fun decorating and attending those dances with friends. We also had socials after each home football game at the Harrison Ruritan Club,” said Mrs. Martin.

Throughout her high school years, she gained knowledge that would help her with her career and life, but she also met someone that would change her life.

“l married my high school sweetheart. I started dating Kevin Martin during our senior year of high school. We dated through our junior year of ETSU and got married. We have three kids, and one is at Central,” remarked Mrs. Martin.

After graduating from Central, Martin went to East Tennessee State University for a Bachelor’s in political science and criminal justice. Then, continuing strong with her search for knowledge, she attended Syracuse University to get a Master’s in higher education administration. After all her hard work at those institutions, she persevered and moved back to Chattanooga, Tennesee, to attend the University of Tennessee at Chattanooga (UTC)  to get a final Master’s degree in public administration.

Since then, Mrs. Martin has worked at UTC, where she is currently the director of strategic enrollment technology. She and her team create and monitor electronic applications for the school, helping students enroll in classes.

Some people gain knowledge at high school while others end up finding their significant other, and Mrs. Martin is fortunate enough to have both, which led to her leading a successful life.