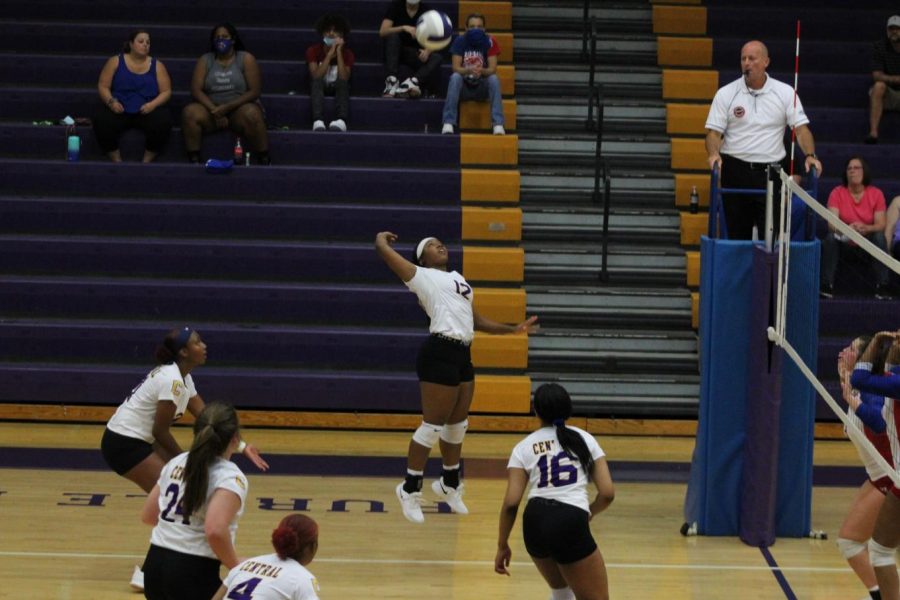 The Lady Pounders are approaching the half-way point of the season. They were looking to add to the win column during this two-game week. Central looked to score another district victory in their game with the Howard School and to avenge their earlier season loss against Bradley Central.

On Tuesday night, September 8, Central traveled to the Howard School. The game started off well for the ladies; the first set concluded quickly with Central on top by a score of 25-8. In the second set, the ladies slipped up due to serving trouble, but they still produced another set win, 26-24. Being a district game, the ladies entered a third set and were simply unstoppable. The ladies put the metaphorical nail in the coffin, capping off the game by scoring 25 to the Howard School’s 8.

When asked about the win and what it meant for the team, Senior Kamren Hammonds revealed, “The [Howard] game was really important…we played strong together and won all three sets.”

Even though the Bradley Central game ended in defeat, Coach Holly Ware is maintaining a positive outlook on the remaining schedule.

“The potential of the team is great, we just have to learn how to tap into that potential and keep moving ahead as a team,” explained Ware. “This team has great talent; we just need to focus on the small factors that lead to greatness.”

On Monday, September 14, the ladies will rematch the Lady Lions at Red Bank High School. The following day, the Lady Pounders will face the East Ridge Lady Pioneers. To finish off the week, the Lady Pounders will play the tough East Hamilton Lady Canes. Central hopes to hone in their skills in preparation for their last weeks of regular season competition.