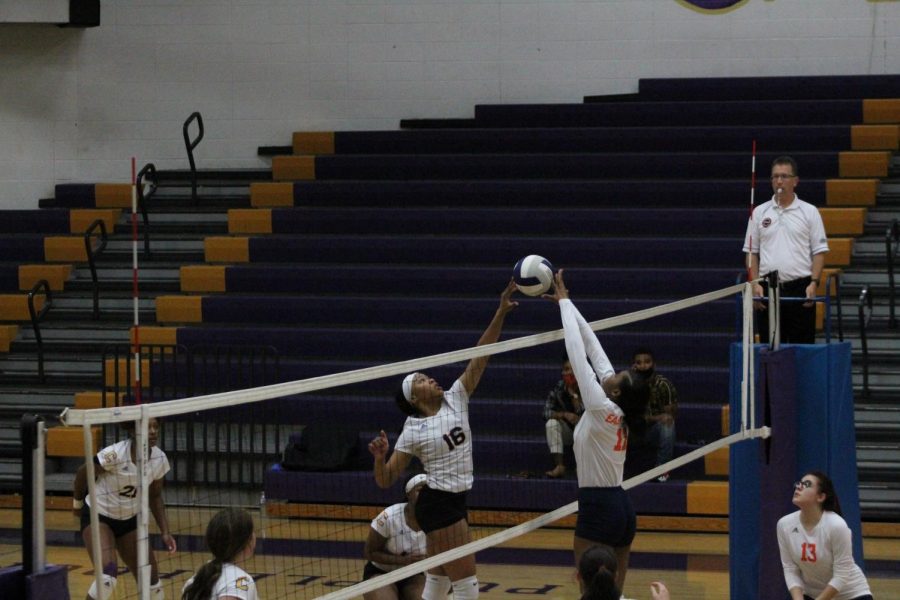 CENTRAL VOLLEYBALL IS TRIUMPHANT OVER EAST RIDGE — Senior Addy Wellington at the net during the Lady Pounders’ game against East Ridge.

In past years, the Central volleyball team has struggled in the second half of the season. The 2020 Lady Pounders were looking to change that in this week’s games against Red Bank, East Ridge, and East Hamilton.

On Monday, Central began their fifth week of competition on the road against the Red Bank Lady Lions. The first set was back and forth, but in the end, the Lady Lions captured the set victory, 26-24. The second set was a nail-biter, but once again, Red Bank prevailed, 25-23. The Lady Pounders were on the losing side of some tough calls, which only added fuel to the fire in the fierce battle between the Lady Lions and the Lady Pounders.

“I felt like we played with so much more energy and enthusiasm,” Junior Alona Allen shared. “Even though we lost, I believe it’s the best game we’ve played all season.”

When asked about the big win against East Ridge, Coach Holly Ware said, “It was a much needed win. The team played well together and had fun while still staying focused.  It is always a good night when you win, especially when it was a district match.”