Rescheduled AP Tests to be Taken Online and at Home 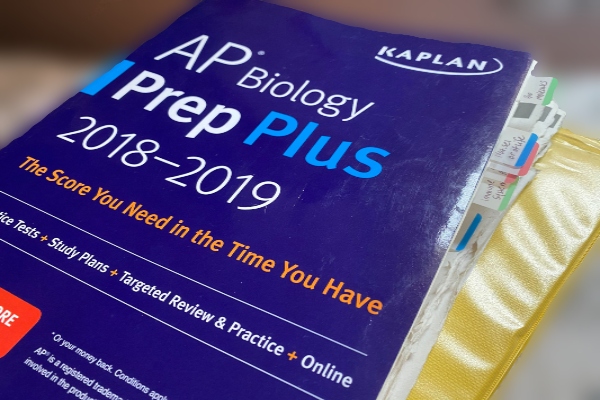 RESCHEDULED AP TESTS TO BE TAKEN ONLINE AND AT HOME — Students continue to study through AP testing books and online courses.

Recently, a drastic and rushed change was announced that sent many Advanced Placement (AP) students around the country into a panic. In late March, it was revealed that the 2019-2020 AP exams would be taken on computers from the students’ homes instead of being taken as a written test at schools.

This drastic change was made in response to the school closures resulting from the COVID-19 outbreak across the US. Due to the fact that most schools around the country have completely closed down, The College Board, who administers the AP tests as well as the SAT, was faced with the difficult decision of how to carry out the testing process.

The College Board surveyed 18,000 AP students, and a large majority indicated they still wanted to take their tests and urged the corporation not to cancel the tests completely. After this, they decided to go with at-home testing. Students taking select tests will be given 45 minutes to complete constructed free-response questions while being monitored by test proctors to prevent cheating.

“Honestly, I do not feel comfortable with the idea of being tested online. Something could always go wrong, and a whole year of learning could be lost,” shared Junior Dallana Nolazco.

Despite the online programs in place to prevent cheating, many AP students fear that some students will pay other people to take their test for them.

It was recently announced that the International Baccalaureate (IB) exams, which are another way for students to take college-leveled classes as high schoolers (that is not currently offered at Central High at), were cancelled. All IB students would be able to receive their certificate of completion without taking any exams.

Many students would rather receive refunds than take the new online test. They feel they have paid $94 dollars for a test that they will not receive. The original AP tests have a multiple choice portion, but now that section has been omitted. Since some students gain most of their points from the multiple choice section, they were disappointed that they ended up paying for a test in an unexpected format.

“I do not feel prepared for the AP test. For the first semester of of the year, we taught ourselves, and, now, we are teaching ourselves again,” stated Junior Zoey Greene, who is an AP chemistry student. “Our class had unfortunate circumstances that we could not control.”

The quick and rushed changes have students fearing that they are not prepared and would rather get their money back, but specific refund information for the circumstance has not yet been released.

“If I could, I would definitely get a refund. I know I won’t pass because we are not ready. Everything has been thrown against us, and I feel like that should be taken into consideration,” explained Greene.

Although most AP students, as well as teachers, are still in the dark about the entire situation, they are continuing to study and remain as prepared as possible for the upcoming tests, along with following along with the updates released by The College Board on their website. There are several free resources being provided by The College Board to assist students in the transition to online testing, such as YouTube videos.

“I feel that the College Board is already [using] the best option to carry out the tests,” Nolazco said.

More information about changing AP testing schedules as well as AP online courses can be found on The College Board’s website.