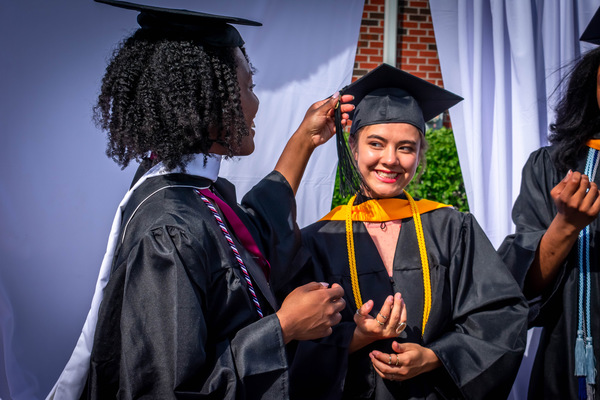 ALUMNI SPOTLIGHT: KELLY WNUK SHARES HOW BEING A CENTRAL GRADUATE HAS IMPACTED HER LIFE — Kelly Wnuk says that Central was very integral in shaping her into a well rounded individual. (Donated to the Central Digest)

ALUMNI SPOTLIGHT: KELLY WNUK SHARES HOW BEING A CENTRAL GRADUATE HAS IMPACTED HER LIFE — Kelly Wnuk says that Central was very integral in shaping her into a well rounded individual.

Alumni Spotlight: Kelly Wnuk Shares How Being a Central Graduate has Impacted Her Life

Here at Central, the staff values students that graduate with a favorable career in mind. It is meaningful for incoming graduates to go down a career path that is both beneficial and unique to their skill sets. This is also the mindset of Central’s Class of 2015 Alumna Kelly Wnuk, who values students choosing their own path. Wnuk hopes to inspire students to follow their dreams with a realistic mindset. She has been able to stay in touch with the current state of Central, for she has a sister that attends Central, Senior Danae Wnuk, who is currently on the Digest staff.

Wnuk detailed her educational background and discussed her current endeavors. She spoke about her current job and how it aligns with her goals and aspirations.

“I graduated from Lee with a degree in anthropology. Currently, I am working at Breakout, while developing skills in photography and film. As far as jobs go, Breakout is different from any job I’ve worked. The hours are flexible, and it’s a job that requires you to think quickly. It’s definitely the best job I’ve had so far,” Wnuk said.

Wnuk was nominated for Miss Central in 2015 and was recognized for her artistic talents as a student, having been involved in art class, expressing her creativity through various mediums.

Wnuk recalled the most useful skill she learned while attending Central. She claimed that the social skills she picked up at Central helped her out in life the most.

“One of the few things that Central taught me was how to interact with many different personalities. People skills are always useful to have no matter what job or career you choose. Therefore, it’s probably one of the most useful [skills],” Wnuk said.

She shared how Central has pretty much stayed the same since she has graduated. Her comparison is based off of what her sister, Danae Wnuk, has said about the school.

“I graduated a few years ago, and haven’t been back since, so I’m honestly not sure how much its changed. Besides from a few physical adjustments to building itself and the introduction of new teachers, I can’t say. From what Danae tells me, it sounds about the same,” Wnuk shared.

Wnuk gave advice to any upcoming high school graduates regarding the career decision process. She explained how it is important for one to choose one’s own path, not feeling pressured to do what everyone else is doing.

“As to what I would say to new graduates: Make sure that when you make decisions, you make them for yourself. Don’t do something just because everyone around you wants you to do a certain thing. You are the one who has to live with your decisions, not everyone else,” Wnuk concluded.