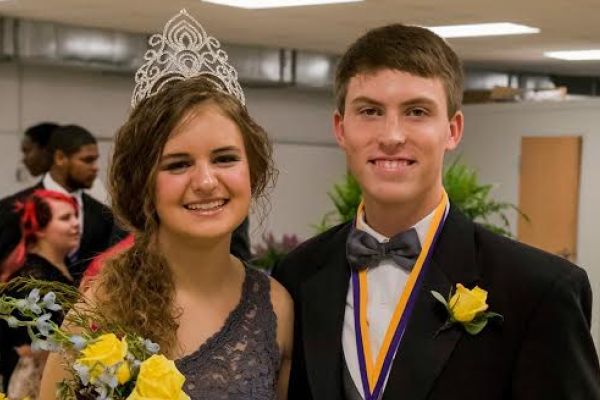 Alumni Spotlight: Jadyn Snakenberg (’16) Returns to Central With Pride as a Student Teacher

Central is proud to produce successful students and give them a fun high school experience that makes them want to stay as long as they can. One of these students, Jadyn Snakenberg, graduated with the class of 2016 and has gained her Pounder Pride once again as she returns to Central as a student teacher.

“My favorite thing about Central High was that it felt like a family. Unlike high schools we see on T.V. or other schools in Chattanooga, there’s no social ladder at Central— we just have groups of friends who like to do their own thing, and everyone can point to one, or two, or several teachers who have really made an impact on them,” wrote Snakenberg.

During her time at Central, Snakenberg was heavily involved in many activities around the school. She served in organizations such as the Ruriteen Club, FCA, National Honors Society, Beta Club, the Superintendent’s Student Advisory Board, Top 10%, and the Central Perk. She was even the Valedictorian and Miss Central for her class.

Snakenberg was even one of the Central Digest’s very own; she was on the staff from her sophomore to senior year and even served as the copy editor.

“It was a really fun assignment for me and something I even considered pursuing in college! Writing articles and interviewing was interesting as well, but I really liked reading and correcting other students’ work,” shared Snakenberg.

While Snakenberg graduated from Central in 2016, she has gone on to do many great things at the University of Tennessee at Chattanooga, also known as UTC. She will graduate from UTC in December 2019, with a degree in Spanish and a minor in education. She is currently involved with the student ministry and worship band at Bayside Baptist Church and the Honors College at UTC, which gave her a scholarship every semester.

She also married her husband, whom she met at UTC, in August 2018. Like Snakenberg, he shares a similar love for teaching Spanish and works as a Spanish teacher at Lakeview-Fort Oglethorpe High School.

After college, Snakenberg plans to pursue a Master’s degree in English as a Second Language (ESL), possibly in Spain. Afterwards, she hopes to teach abroad as a missionary.

Snakenberg is proud to have graduated from Central, and Central is proud to have her as an alumna who was heavily involved in making the school a better place. Even though Snakenberg is back at Central, once she is done she will go farther than ever before in pursuing her dream and sharing it with the rest of the world.